In the 1930’s, Manuel Nobriga decided to try his hand at making ice cream from scratch. His recipes were so well received in the Maui community that he continued to manufacture his ice cream using his time-tested recipes until he retired in 1971.

When his son Buddy took over as president of the company, Buddy wanted his dad’s ice cream to be available for people to take home and enjoy. In the 1980’s, with help from the community, the name “Roselani” was born and Roselani Premium Ice Cream was packaged in ½ gallon “bricks” to be sold in mom & pop grocery stores on Maui.

In the 1990’s, Buddy appointed his daughter Cathy as Vice President of Roselani Ice Cream. Under Cathy’s care, the company acquired a neighbor island distributor and grew significantly as it became available to customers in grocery stores across the state of Hawai’i.

Under Buddy James’ leadership, we continue to work toward growing our retail and foodservice business while trying to remain true to the integrity of our products. It is important to us to make sure that the quality of great-grandfather Manuel’s time honored and traditional recipes remain the same in an ever-changing world.

We are proud to say that our ice cream has been made right here in Wailuku, Maui for over 87 years. 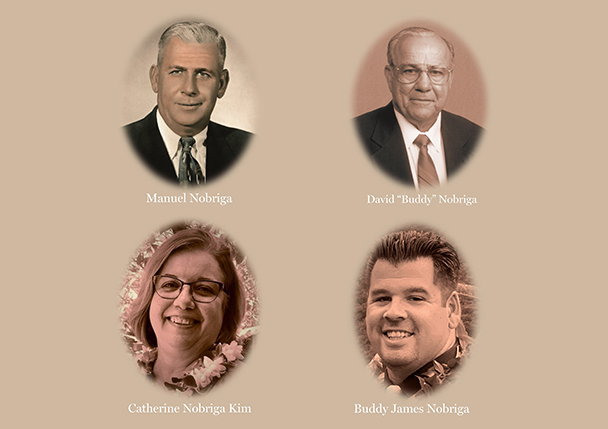 Ralph A. Wadsworth purchases the company from French

Renovation of Roselani’s production and freezer facility is completed

Happy National Ice Cream Day! You can never have e

EXCITING ANNOUNCEMENT For all you Kona Mud Pie fa

Happy New Year! We are excited for all the great t

Merry Christmas from our family to yours. #merryc

This error message is only visible to WordPress admins


Error: API requests are being delayed for this account. New posts will not be retrieved.